It was school hols quiet at Sutho over the weekend.

All the junior team members were off enjoying school holidays, all but one of the women’s teams played away and as for the men’s teams,  not just firsts, but fifths, sixths and sevenths ALL had byes. And the rest played away.

So that left our Sutho women’s premier league team to fly the club flag at home, which they did proudly, downing a tenacious Tartans 5-1 to maintain their second place on the ladder.

The other South East Hockey Association’s women’s teams playing at Sutho for the day had a perfect winter Saturday afternoon for their games.

Our top four men’s grade teams are at home on Saturday, with – after quite a few weeks of waiting with a big injury toll – first grade back to full strength. We’re hosting North West Strikers, so there should be some fine games.

Our sponsor Sutherland Mazda now has the long awaited Mazda CX-8 diesel in its showroom.

The Mazda CX-8 Diesel has all the expected versatility families expect in a seven-seat SUV. But it has slightly smaller dimensions that don’t compromise on interior space or comfort. Click here to submit any enquiries: ow.ly/zoJc30kSs7W

Another performance that left the team quite disappointed. We camped inside the opposition 25 and created plenty of chances, but were unable to finish them off. The team worked hard, but our finishing let us down.

Saturday 2pm: Winter held off its chill for the boys at the Briars home ground at Concord.

It was a slow start for the boys, succumbing to two goals from short corners before half time.

Though a tough pill to swallow as they walked to the dugout, the team talk was nothing short of positivity and reinforcement and that they were definitely still contenders in this game. The ember was there: it just needed some kindling.

After half time, the boys took another blow, 3-nil down, but this score didn’t represent how hard the boys were working to stay in this game.

With some quick turnaround play, Macca was able to put away 2 goals (one he blindly squeeze shot, regardless of him claiming it all to plan). Macca received the  3 points for this outstanding ability to capitalise on opportunities the boys had missed earlier, their hard work finally paying off.

With the momentum building and spirits high, the boys were able to keep this engine rolling full steam ahead with another goal by Blake Hernandez with some beautiful passes around the goal keeper (this being a highlight of an example of training/practice being utilised in a game situation) shortly after their 2nd, bringing them 3-all with Briars.

It was anyone’s game at this point. A defensive short corner saw Gilby take a shot to the neck in the last 4 minutes of the game. Unfortunately his neck was somewhat required for him to breathe or something,  which meant he was he was unable to play out the defensive corner after the clock had run down to full time. He was definitely a key reason we were able to stay in the game as we did.

A grim feeling dawned, after this hard work was all paying off, they were on the back foot after such an amazing comeback.

Shout out to Damo from 2nd grade for taking over the mantle of goalkeeper, not having touched the ball he gave the boys a morale boost on the run out, allowing them to hold the score at 3-3. Not a bad result considering the earlier score of being down 3-nil into the 2nd half of the game.

3 points went to the aforementioned Mac Dunn, 2 points to Mason Neale for his excellent pivotal play in the mid field and his strong presence on the field and 1 point to Ryan Malone.

It was 12:30 on Saturday and the 4th grade boys showed up to the Briars Hockey pumped up for a game of hockey against a strong Briars team. With a fast start to the game we had a lot of pressure on the Briars defense with multiple circle penetrations however unable to capitalise on any opportunities we had early.

About 15 minutes into the half we scored our first goal of the day with abut 5 guys right near the post and Mark Bonicci slapping in the ball to the bottom left of the goal. We were off to a great start. However, it didn’t take long for Briars to strike back to level the game with a goal from a short corner which appeared to almost swing in the air.

We went into half time 1-1 with a lot of boys doing a lot of running and after a quick chat about sticking to the basics, we were back on the field pumped up from drinking some of the free Mizone drinks ‘offered’ by Briars.

Despite the constant pressure, we were unable to convert any of our opportunities into goals. This lack of goals could come down to a number of things including, grubby defense from Briars, a couple bad calls from the umpire or sheer luck as we appeared to be losing every 50/50 call.

After a long ball and run from a Briars player they scored again which made a couple of the boys switch on a bit more. We were down 2-1.

Finally we were able to score again with a strong counter attack run from Brady slapped in from the baseline to Matt Q on the spot to be deflected into the top of the goal. We had levelled the game back up.

However, what seemed almost like déjà vu, they scored again from another long ball and sprint counter attack which sent the boys into a bit of a frenzy. The end of the game loomed and we were sitting 1 goal down against a team that we thought we should be beating based on the ladder positions.

Luckily with some absolutely brilliant work from Brady and Jono with some quick and sharp passes, they were able to run through almost the entire midfield and defense of the Briars team and Brady was able to score with about 5 minutes to go.

We kept pushing for the rest of the game and we did have quite a few chances from some skilful running and strong passing however we were unable to put any in the back of the net and the final score was 3-3. It was a very well fought game by the 4th grade boys but unfortunately we could only walk away with a tie.

With a good warm-up and inspiring pre-game talk from Sarah, the team went out ready to play hard against Tartans.

We started out strongly with a lot of possession, earning a short corner. Hannah’s hit from the top was aimed straight for the corner but a Tartan’s foot stood in the way and a stroke was awarded. Hannah slotted the stroke easily into the corner and we were up 1-0.

Towards the end of the first half our passing and teamwork started to wane and this allowed Tartan’s to get back.

After a stern half time talk from Sarah, we went into the second half ready to improve and play our game, managing to score 4 goals through our improved teamwork and strong press.

One goal was from another stroke, this time taken by Iris. Ashton scored our third goal when a shot from the top rebounded and she roofed it straight into the back of the net.

The third goal of the half was created by some nice passing which opened up a while for Bec to run into and have a shot from the top which was saved by the keeper but tapped in by a teammate on the post. Another goal produced the final score of 5-1. 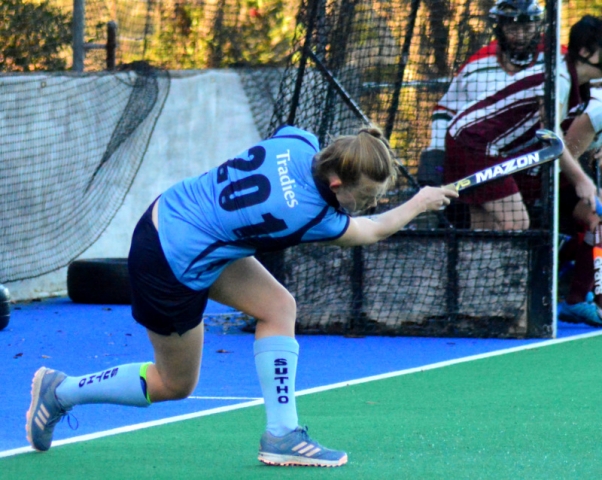 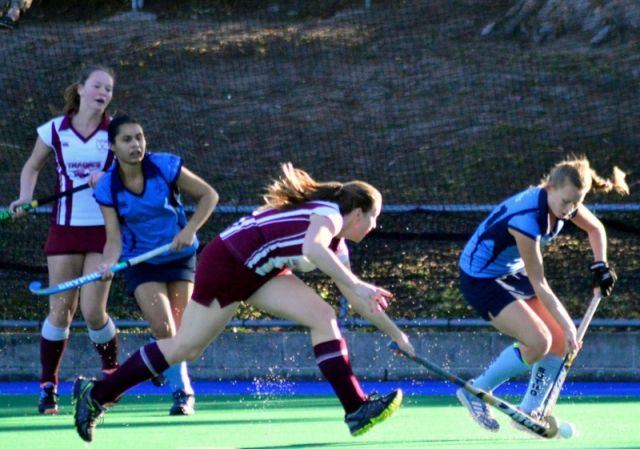 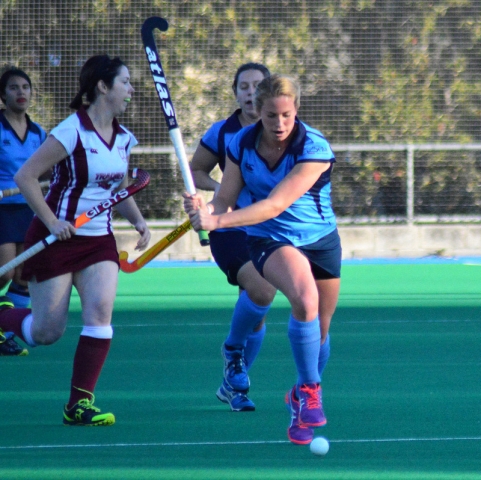 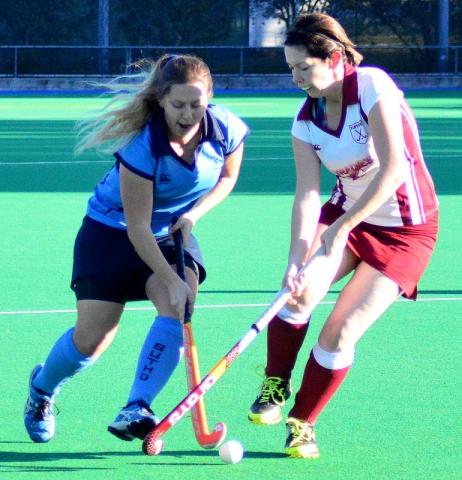 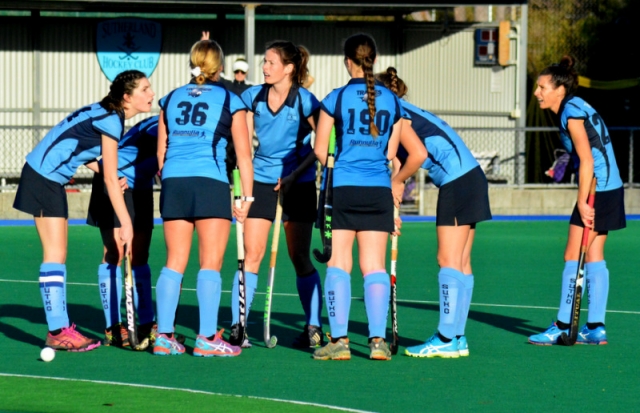 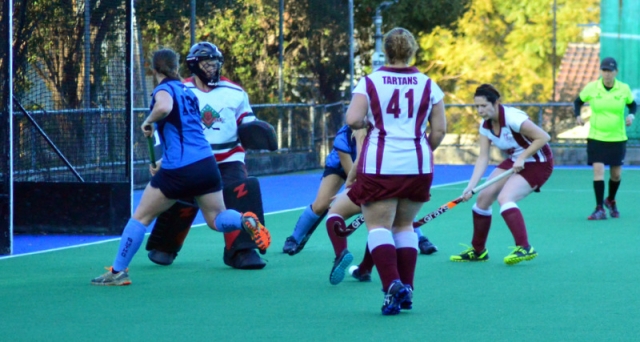 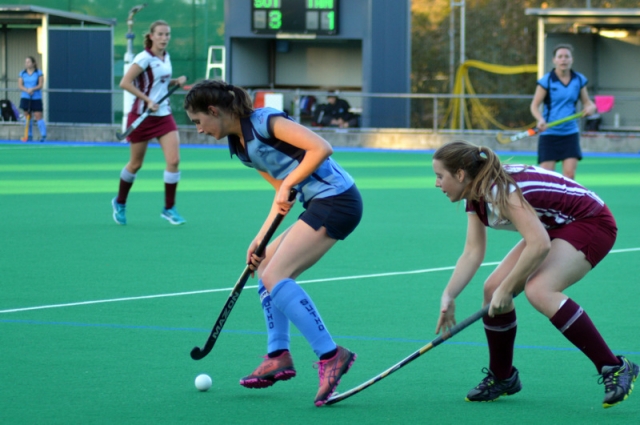 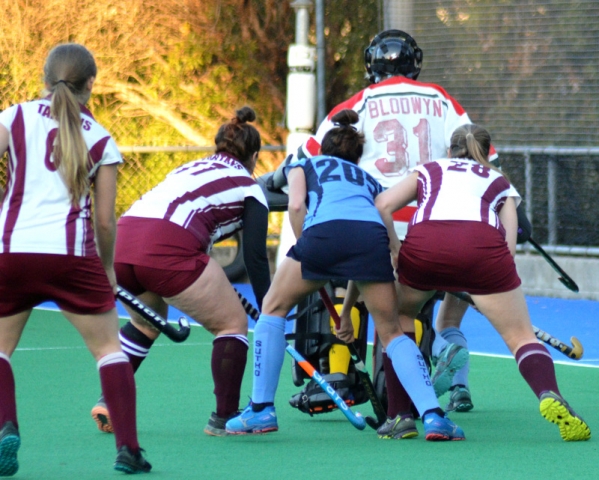 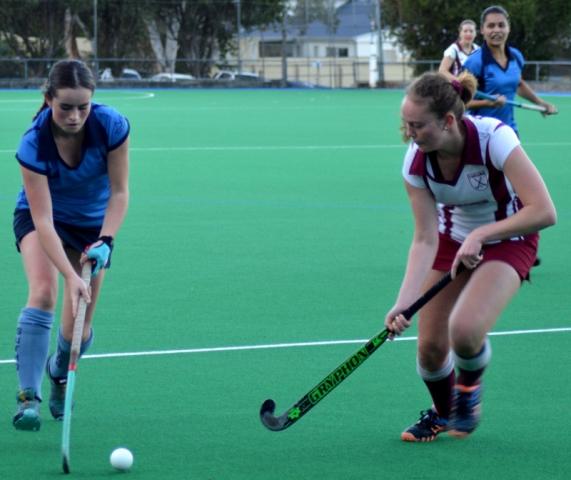 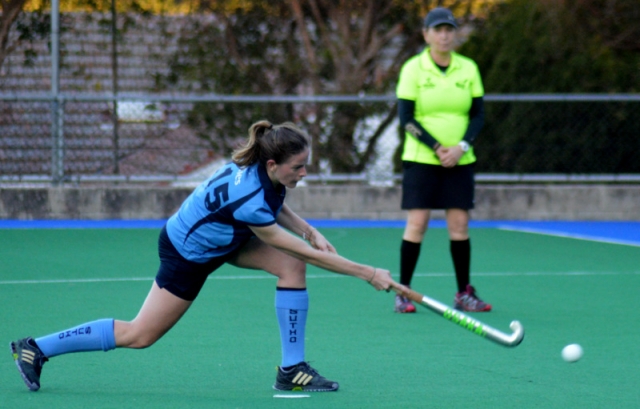 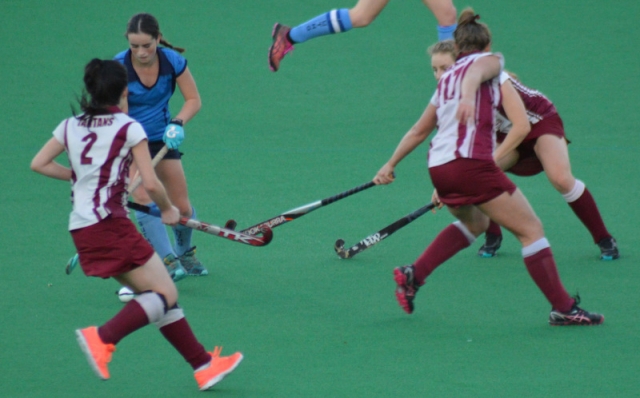 We had 5 players out , with Kayla and Raina filling in for us, Wildcats scored first and then St George equalled.

We were very lucky to draw as the game as St George played really well. They certainly have some good young hockey players with plenty of speed and skills.

Our defence of Lois Scott, Vicki Earle and Megan Squires was excellent on the day and really deserved their 3,2 and 1 best and fairest points respectively.