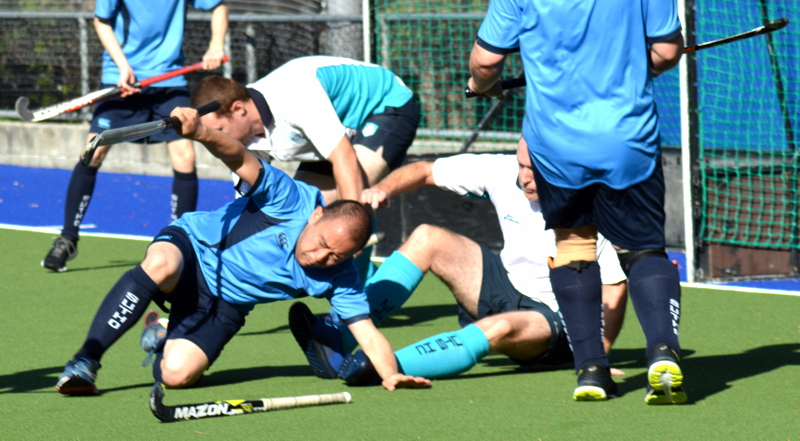 Unfortunately we don’t have much in the way of match reports for everyone this week, despite all men’s and women’s grade teams playing over the weekend.

Hopefully we’ll hear from their managers and get reports from last and next weekend about their teams’ exploits. Pictures from 6th and 7th grade games are ready to go.

Our senior grades were away visiting the northern suburbs, while 8th to 5th grade men’s were at home.

Trailblazers for the weekend’s hockey last Saturday were our U11B Bearded Dragons, who played a catch-up game against Moorebank. Thank you to Rory Staples for his pictures of that game.

The Bearded Dragons returned home to host Moorebank after their originally scheduled game was postponed before the Easter holidays.

During first half the team dusted off all those Easter eggs and were really starting to play in their positions well.

After a number of attempts that just could not get past the secure hands of the Moorebank goalie, we managed to score midway through the second quarter.

In the second half, after some wise words from Coach Rory, the team continued to work together on their passing and teamwork to score another two goals in the fourth quarter.

It was a great game from two very enthusiastic teams. 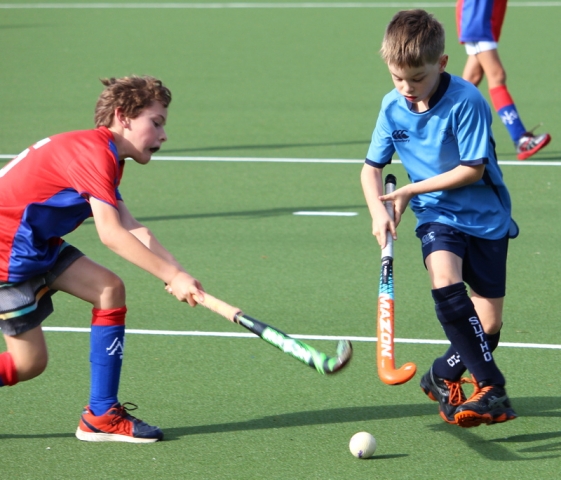 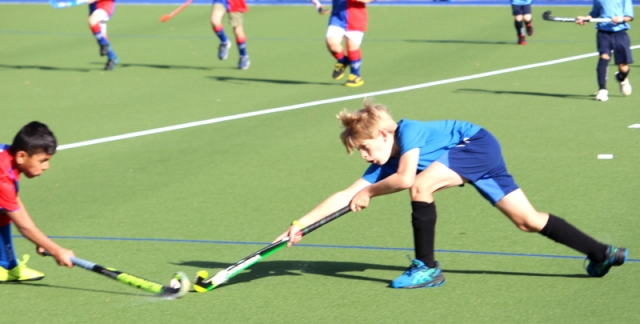 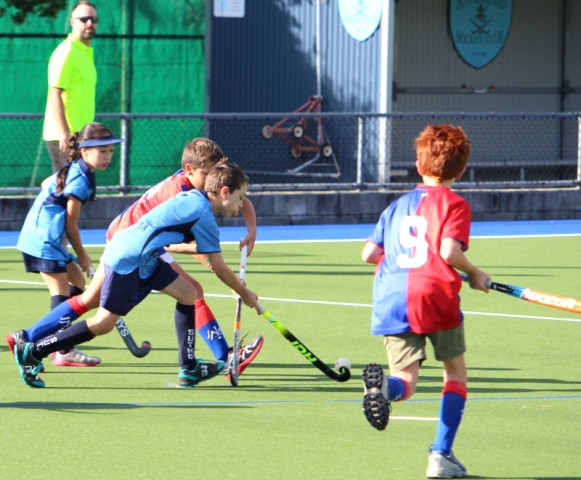 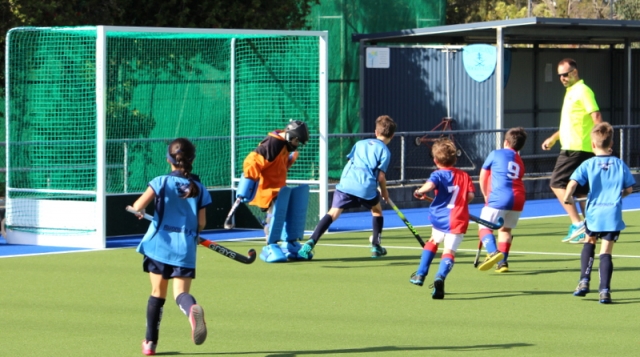 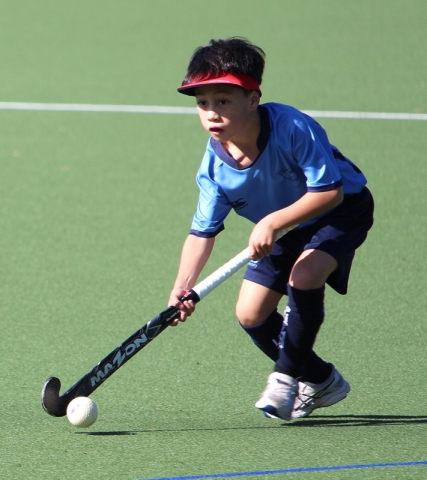 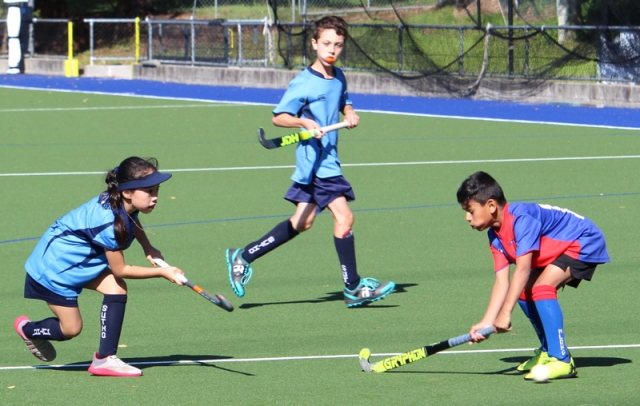 Our game started well and we knew the game was going to be a tough as they are second on the table. The game flowed well for both sides.

Our new addition Changy was rock solid in the back making the occasional run forward. Hugh also made a great impact up front.

Unfortunately, On defending a short corner Steve took a shot just below his knee. By end of the game it was shining brightly but still made it back on the field. Well done Steve!

Edward donned the pads and saved many a goal. A very strong display.

Our attack was effective in that we approached from every angle but they kept us out. Jordan was all over them as was Scott and Hugh backed up by Mark, Connor and Ross.

During a short corner there was a scramble in front of our goal when an unfortunate bounce went into the goal in the last minutes! Final score 0-1 not a fair score for a game fought so well.

The game was such a strong display from every player and as we come together as a team I feel a late run for top of the table! 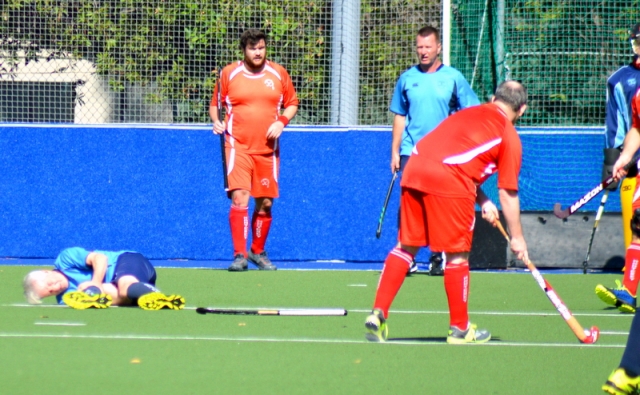 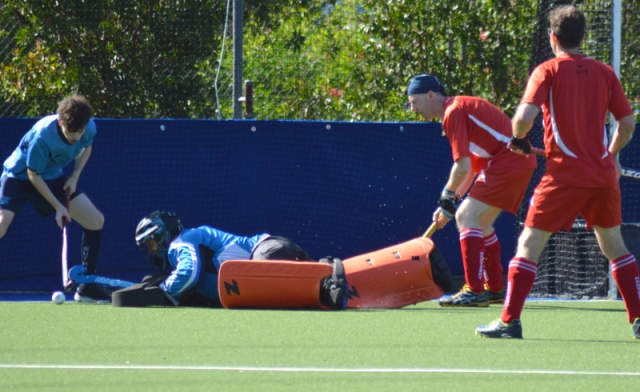 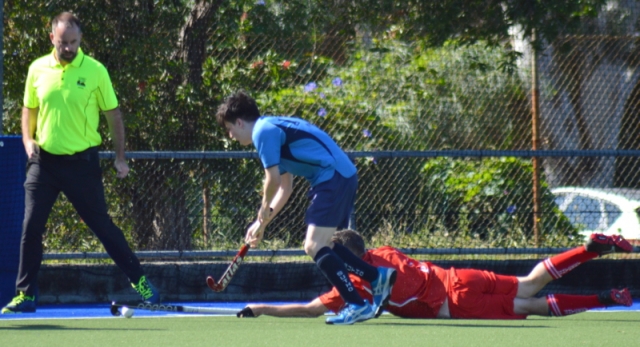 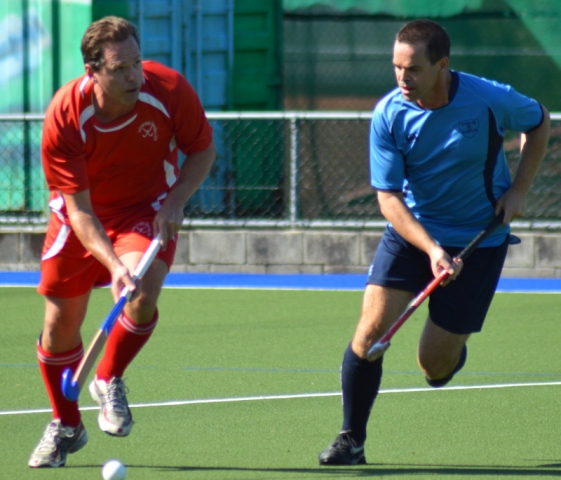 With daylight savings now passed, it was a fresh and dark 5 pm game against last-placed Monterey.

The match started off fast-paced, high-intensity which made us quickly realised that this was not the same Monterey.

Monterey scored the first 2 goals, but with Sutho came back late in the half to score goals from Marty Taylor and Lachie Groundwater bringing it back to an even playing field at half time.

A quick pep-talk and challenge to lift our game higher for the second half and we were ready to go.

We had a few opportunities to score in the second half but we were unable to get past Monterey’s defence. They were able to score another 2 late goals to win the game.

Overall, good effort and a special thanks to those who filled in.

With the Easter break over, hockey was back and for Sutho it meant the dreaded away trip up to Pennant Hills.

We went into this game with heads held high and still undefeated. After 3 games, we were 2 wins and 1 draw. Sadly, the day didn’t go our way and we went down narrowly 1-0.

The game was a true contest to see who would crack first.

Sutho started quite strongly with plenty of early possession, circle penetrations and short corners, but it was safe to say, Lady Luck was not on our side. As the game went on, Sutho kept penetrating and having the shot, but to no avail.

Yet, just like that, Northern Districts on the counter made a quick break down the wing, played some smart 1-2 passing and with a bit of a stuff up at the back over who was coming out to clear it, got a lucky goal against the play.

True to Sutho’s determination, we played on till the final whistle but we just couldn’t get that equaliser. Tough game lads, but we will get them next time.

This weeks game was at Kyeemagh, and our first game against Easts this season. With Sarah away this week, Grant kindly agreed to coach us for training, and Iris’ fiancé Pete assisted us on Saturday.

Coming off an intensive training session with Grant, we were all eager to keep up the aggression and practice our possession and short passing skills in the game.

The game started off well. We actively focused on being vocal on the field and playing our style game, and this led to our first goal.

During the middle of the game we began rushing a little, and we had to refocus on our objective to control the game and pass at our favoured speed.

We moved too far up the field, perhaps because of our eagerness to keep up momentum, and thus Easts were able to progress further into our defensive quarter. We faced a couple of defensive corners but didn’t let any goals in.

However, during the last quarter we finished strongly, scoring two more great goals.

We were able to string together strong passes from the defence to the attackers, including one particular confident and controlled play which led to a goal being scored. We were productive in possessing the ball and putting pressure on Easts in our attacking circle.

Ruth, Iris, Jo and Hannah led us strongly from on the field, and overall we played confident hockey, winning the game 3-0.

This was a very hard game with no subs on a very warm day, and with everyone trying their hardest.