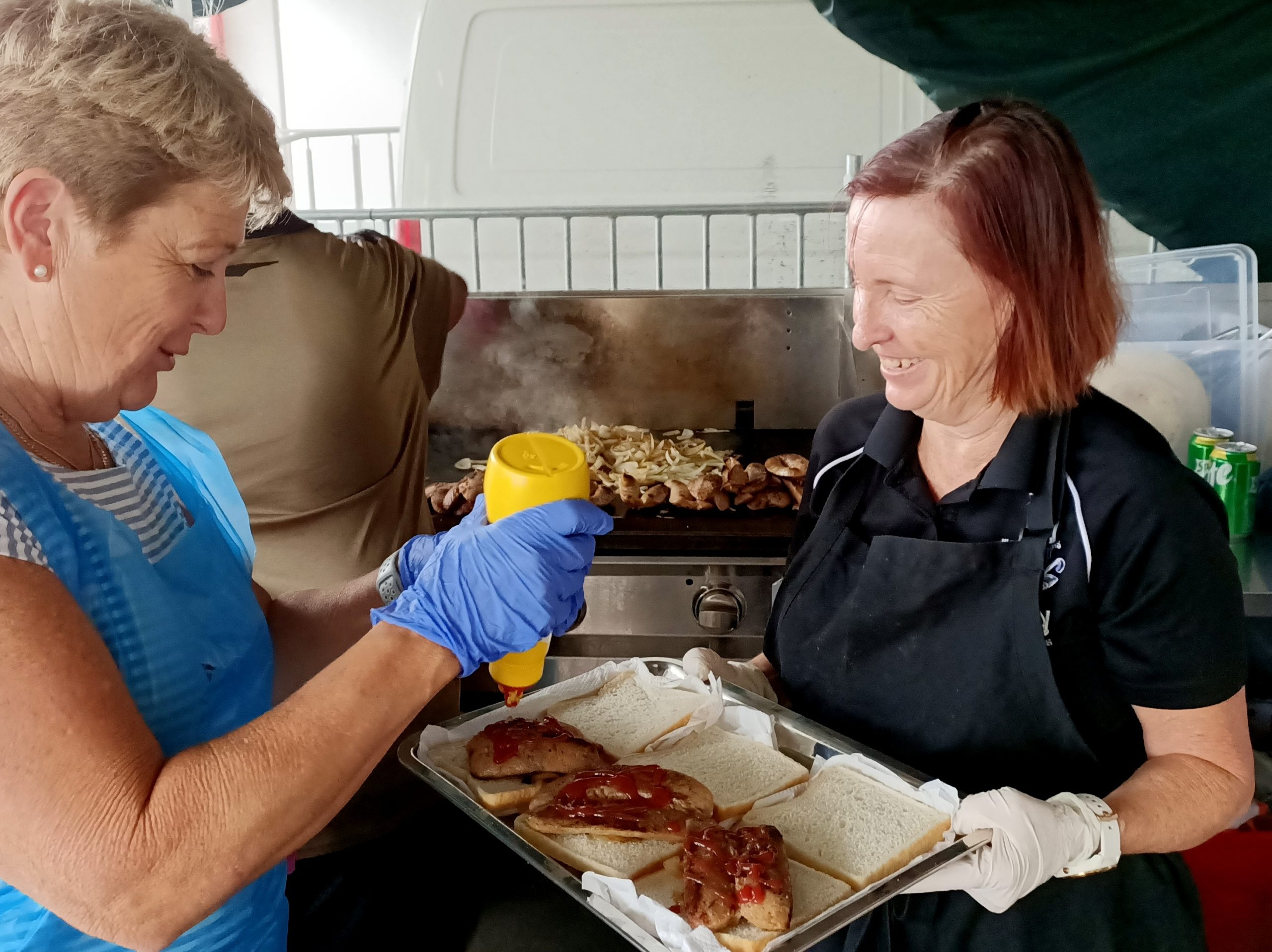 Thank you to the Sutho crew who helped out at the Sydney South Hockey Association’s fundraising barbecue at Bunnings Taren Point last Saturday morning.

Each of the five clubs in the Association had been asked to help for two hours during the day.

Our Julie and Peter Singh would have been Sydney’s best sleepers on Saturday night.

They were there from 7.15 am and had signed on for the day, Pete chef de barbecue producing bags of bangers and onions, while Julie just kept getting bread and snag orders in order.

Megan Squires unveiled the mysteries of how to make sure each already wrapped serviette and two slices of bread opened, “just like an oyster,” so the ordered snags etc could be delivered with ultra-efficiency.

At the pointy end, Aunty Bev was taking orders and collecting the cash. Lyn Smith was keeping an overall lookout, but these seasoned Sutho snag slingers were doing it with ease.

All in all, a well-oiled machine and hope it worked out well for the Association.

And thanks to Bunnings, who do a great job for community organisations’ fundraising. 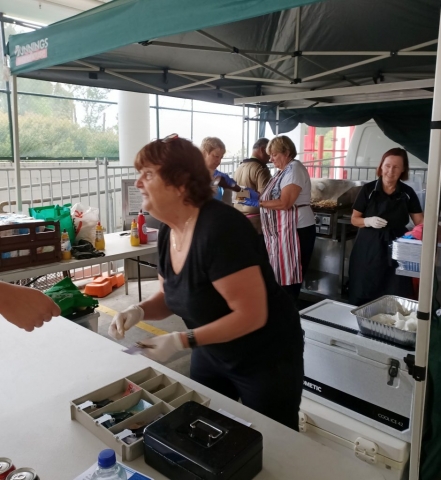 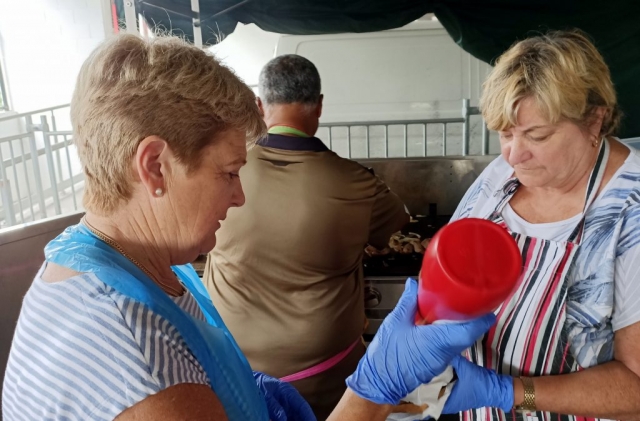 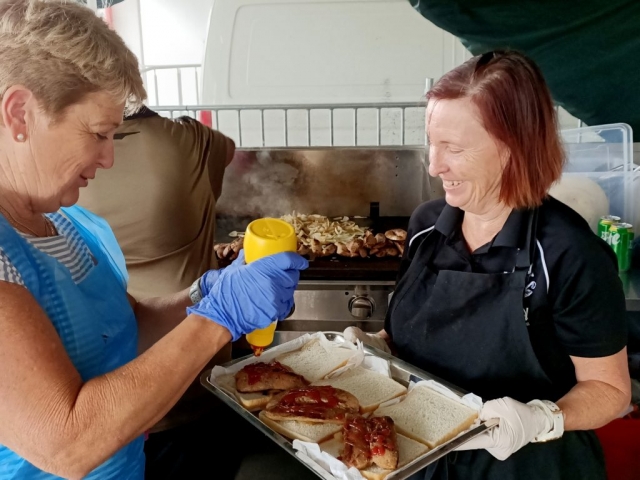 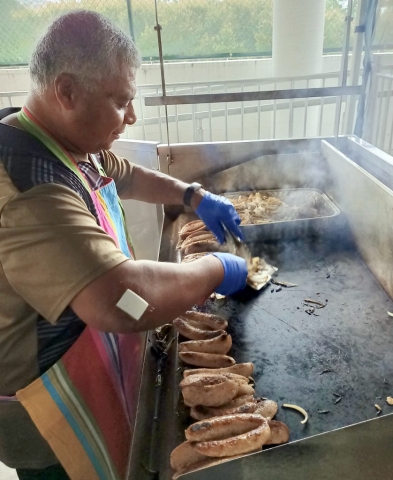 One thought on “Sutho snags it at Bunnings”