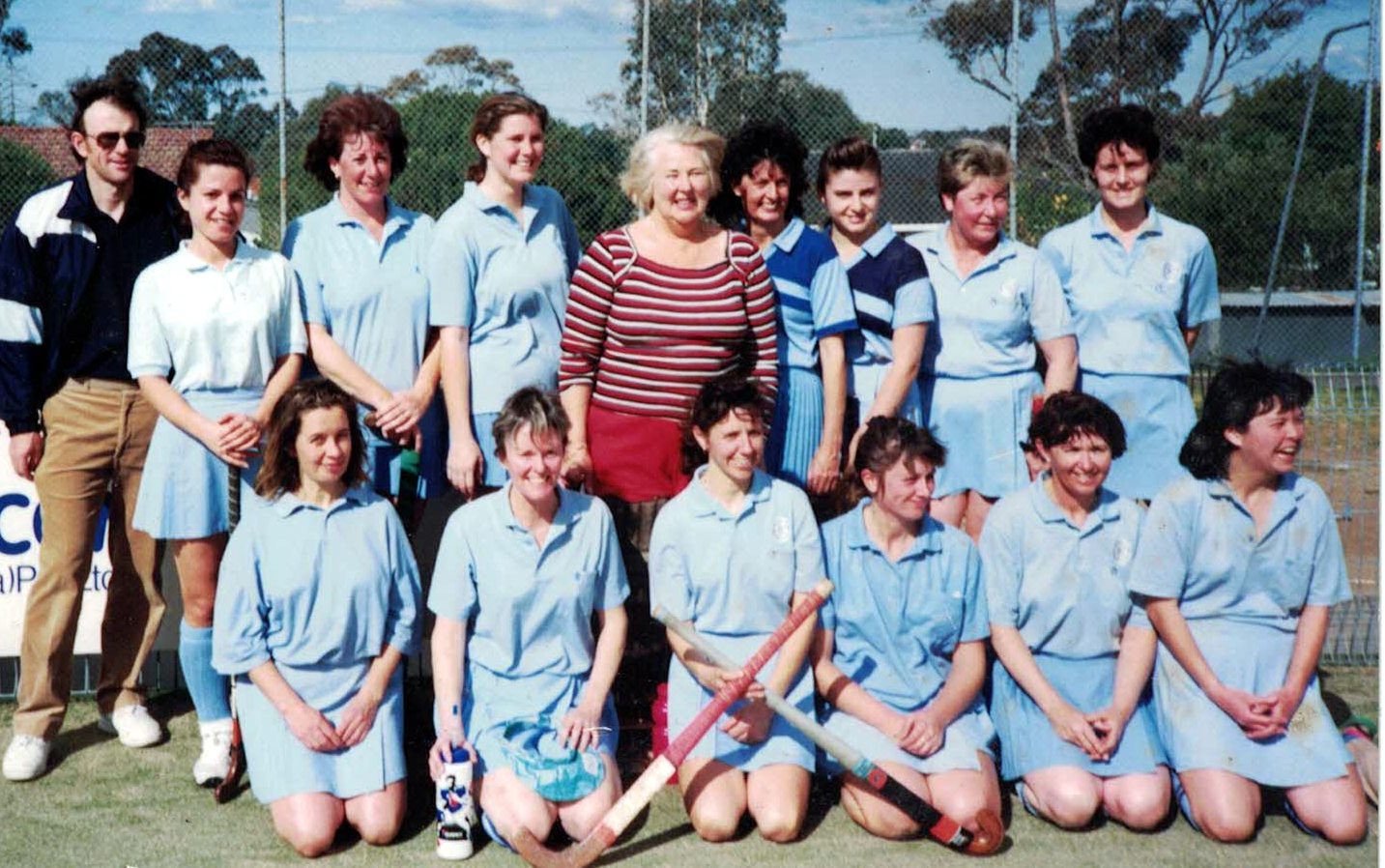 The 1992 3rd grade Arangas after they took out the title. Without singling out the many still-Sutho helpers, check out Vicki Earle, who plays on. Game days wouldn’t be the same without her big smile!

It’s a huge year of anniversaries at Sutho this year, especially because marking some club landmarks had to be delayed from last year because of COVID-19 restrictions.

The big one we’re highlighting this year is the 40th anniversary of women becoming part of Sutho.

Our Club was founded as Sutherland District Men’s Hockey Club in 1965, but in 1980 three local women’s club teams joined Sutho.

Details will come later, but we will celebrate – big time -the delayed anniversary mid-season. On an individual note, one of our great club woman players and contributors, Julie Singh, last season played her 500th game for Sutho.

Other significant Sutho anniversaries (or close to them because of COVID):

We’ll keep you posted about the planned parties!