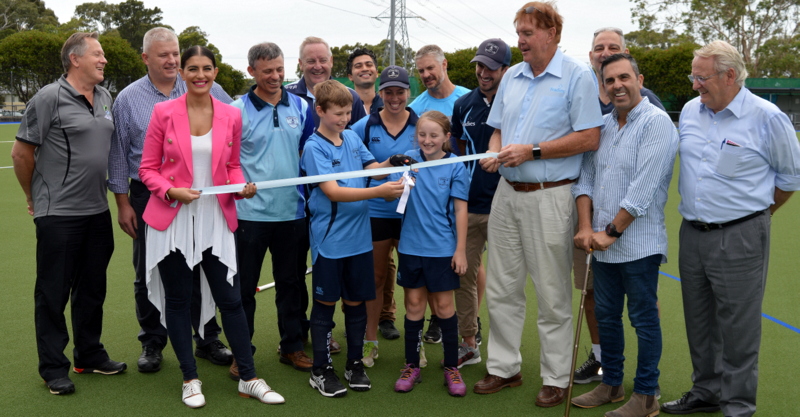 We’re officially open for business, after a ceremony at Sutho’s new $360,000 synthetic playing surface this morning.

The ribbon cutting was done by two of our junior players, Under 11s’ Kaylee and Jack, who  represented the huge effort of club members over than a decade to pay for the new pitch.

Helping out by holding each end of the commemorate ribbon they cut were State Member of Parliament for Miranda, Eleni Petinos, who gained a $25,000 government grant for the project, and Dennis McHugh, President of Tradies, our club’s valued sponsor which has supported Sutho for more than two decades. 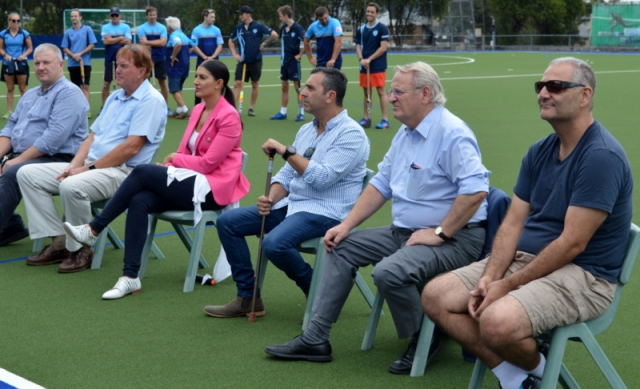 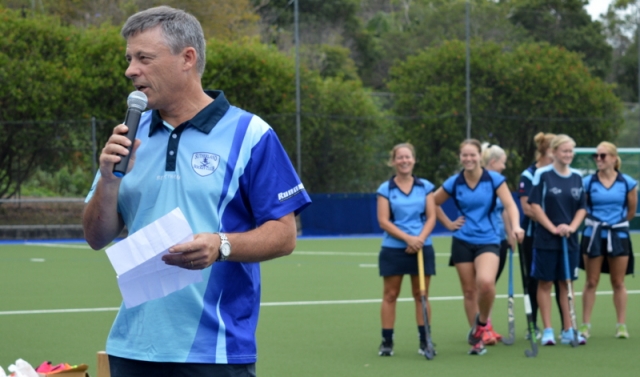 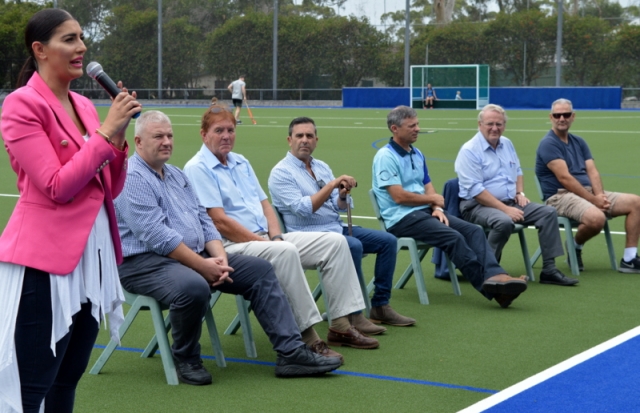 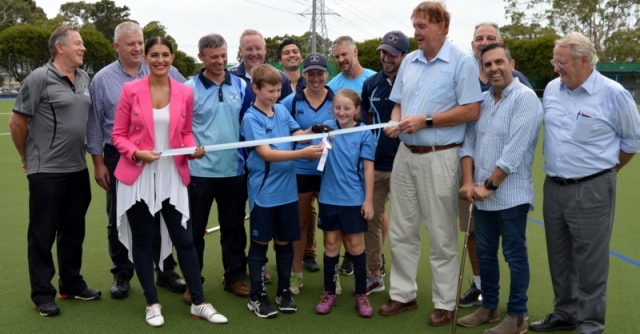 Our greatly valued sponsors joining us for the big day were:

There were apologies from Michael & Sharon Rose of Medirent/Rebound, Steve Smith of More Than Meat and Jono Scott, Principal, Inside Line Roofing, Just Hockey’s  Robbie Sutton and David Barker of DBPT Performance Training. 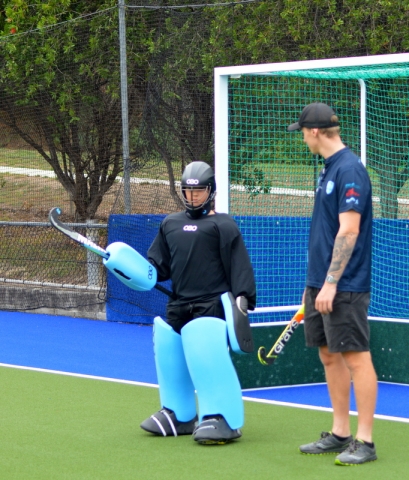 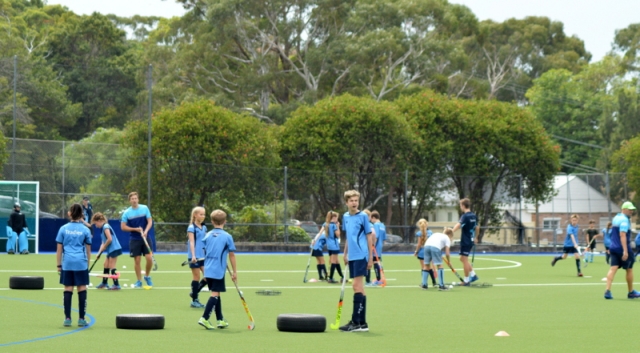 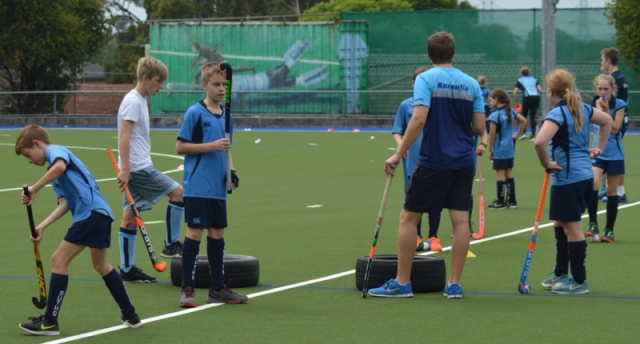 The day began with an hour of skills clinics for Under 11 and Under 13 players with men and women players from across the grades.

The pitch opened today is the fourth  synthetic playing surface installed by Sutho, and a long way from the first sand-based synthetic field of 1990.

Our first water-based pitch was laid in 2001. The new one we will play on from this season is the same as the Polytan playing surface used at the 2016 Rio Olympics and recent men’s and women’s World Cups. It’s absolutely state of the art!

As remarked in the speeches , field hockey is one of Australia’s most successful team and Olympic sports, and Sutherland Hockey Club is one of the most successful hockey clubs in Sydney – at both junior and senior levels.

However, very costly facilities like our new pitch are critical to maintaining that story. Similar to the club’s previous synthetic surfaces, this $360,000 project has largely been funded by Sutho.

That is a massive achievement for a volunteer run, community sports organisation.

Particular thanks must go to the helpers on the day who delivered generous Sutho hospitality for our guests – and who managed to feed a very large number of ravenous young hockey players who just HAD to have their usual Sutho snags and drinks.

Thanks also to the men and women players from across the 1st and 2nd grade – and even some from retirement – who helped with the skills clinic for the kids. 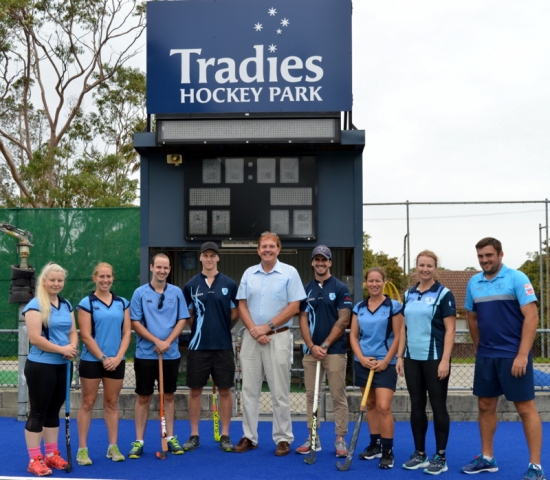 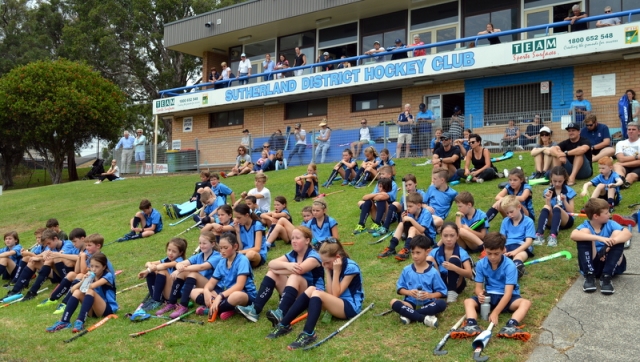