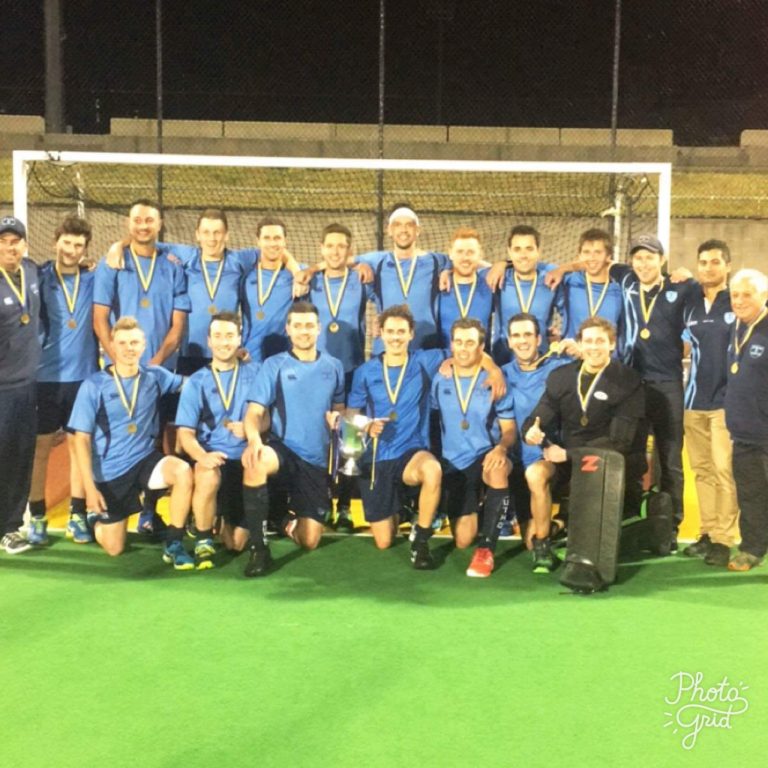 With a nail biting finish last weekend against Ryde, the scene was set for yet another epic battle between fierce rivals Sutho and Moorebank in the 2017 Sydney Hockey Premier League 1 Grand Final.

The game was a very tight and extremely close with both teams defending strongly and shutting down each other’s opportunities. Sutho were first to score with a drag flick by Kieran Govers from a short corner but Moorebank equalised minutes later with a short corner goal of their own and were then awarded about 7 minutes out from half time a penalty stroke which they converted to head into half time leading Sutho 2-1.

The 2nd half continued in much the same way as the 1st half with both teams again shutting down most scoring opportunities but Sutho managed to break through Moorebank’s strong defence with a well timed hit by Shayne Smith into the circle to find Matt Bennett who slotted the ball into the goal to even the score to 2-2.

With the change in momentum shifting to Sutherland, the boys started to open up Moorebank’s defence and with just under 10 minutes remaining in the game Matt Bennett found the back of the net with his trademark tomahawk shot to give Sutho the lead 3-2.

Congratulations to all the players and coaches Peter Tait and Jay Holley and manager Peter Krepp on a successful 2017 campaign.

Congratulations to Matt Bennett on being named Best and Fairest in the 2017 Grand Final.

Congratulations to Moorebank Hockey Club on their 2017 season.

More photos and link to the video of the game can be found on the club’s facebook page www.facebook.com/suthohockey