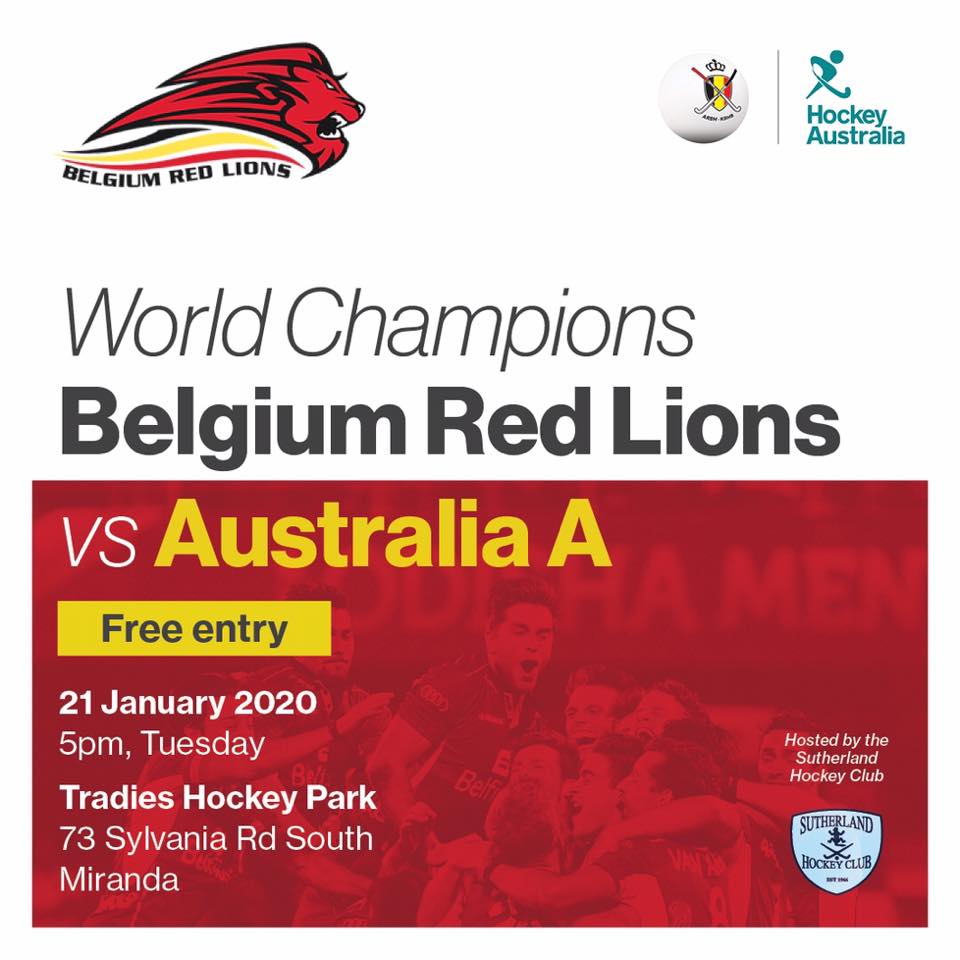 In what is exciting news for the club we are pleased to announce that our club and ground will be used as the training venue for Belgium International hockey teams leading up to the Australia Vs Belgium Pro League matches on the 25/26th January.

The Belgium International program is headed up by former Sutherland player, Kookaburra and Hockeyroos coach Adam Commens who is the Head Coach of the Belgium Hockey federation. and Adam will be bringing to area both the mens and womens international teams along with the u21 mens national squad. The teams will be based at Cronulla and utilise Sutherland hockey club as their training facility for the two weeks prior to their pro league matches.

As part of hosting the teams, we will also be hosting a game between Belgium Mens and Australia A on Tuesday 21st January at 5pm and we encourage everyone to head down to the ground to watch some world class hockey in action. The clubhouse and canteen will be open for food and drink so come along and enjoy the afternoon.

The Belgium mens team is the current World Champions and we look forward to welcoming all the Belgium teams to our club.