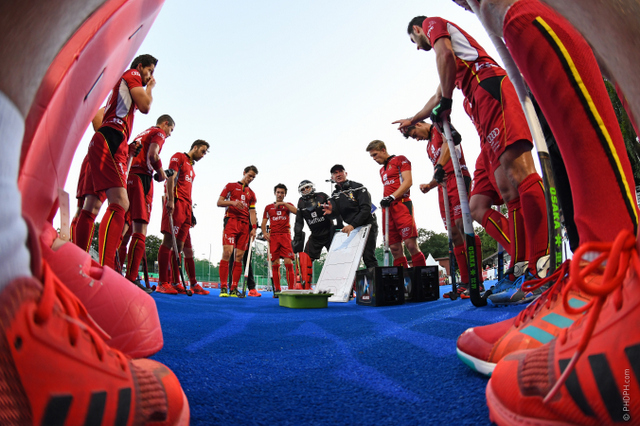 Like to learn from some of the world’s best hockey players?

Sutho juniors will have just that chance on Sunday, 19 January, at a skills development clinic at our club with Belgium’s Red Lions, who are current men’s world champions.

They will be based at Sutho for two weeks in January, preparing for matches against Australia A – being played at Sutho on 21 January – and against big-time rivals, Australia’s Kookaburras at Olympic Park the following weekend.

Their Kids Hockey Clinic on 19 January, which is best suited to 9-18-year-olds, will run at Sutho from 10 am to noon, including time for any registrations.

Cost is $25 per player. This also includes a famed Sutho sausage sandwich and a drink. Numbers will be limited, so get in early: Register now

And don’t forget to get Tuesday, 21 January underlined in red in the family diary. It’s historic for Sutho and Sutherland Shire: the first ever international hockey to be played here.

At 3.30 pm, Belgium’s women’s Red Panthers take on the NSW Institute of Sport’s women’s team. Then at 5. 30 pm, the landmark international between the Red Lions and the Australia A men.

High on the agenda for all players in the men’s teams will be forcing their way into their national teams to compete in the Tokyo Olympic Games next July.