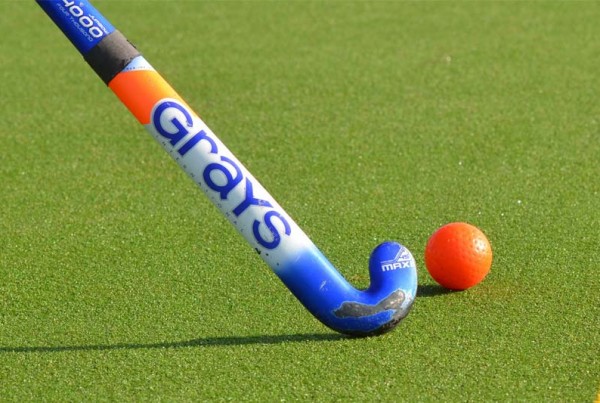 Welcome to the week’s match reports, and thanks to the dedicated managers who have sent them. Match pictures and videos are most appreciated: send them to john.mulcair@optusnet.com.au.

Sutho played a young gun team of UNSW men as the first game in the season against a top six team.

We started well but some of our ball movement and basics were a little off at times, which kept UNSW in the game and slowed down our attack. UNSW played a very defensive game with a fall away press which made us play a more patient build up game.

We created some good opportunities in both the first and second halves to score and were only tested in defence on half a dozen occasions.

This weekend’s double header games against Briars on Saturday at home and Sydney Uni away on the Sunday are important points for our team.

Kieran Govers’ trademark high work rate and pressure on UNSW defence was a stand out with 3 points, Brady Anderson in some great form again in the midfield and Shayne Smith who has just come back from his honeymoon had a solid game in defence.

The game was pretty fast-paced, but unfortunately riddled with errors from both sides.

Sutho created many more opportunities than UNSW in the first half but were unable to find the back of the net. We did manage to score two goals, but UNSW took the only three opportunities they created and won 3-2.

Coach Bobyk was unhappy with the performance, as were all members of the team.

He strongly advised the team that they improve their attendance at training… ( only 4 were there last week ) and work on their own fitness regularly during the week.

After a hot start to the season we finally got a taste of the wintry weather to come. We were all keen to get warm, so the game escalated quickly.

From the beginning we were locked into an arm-wrestle of offensive counters, both teams cycling subs quickly to keep up the pace. Unfortunately Uni managed to turn a rather scrappy snippet of play into the first goal of the game; disappointing, but we weren’t done yet.

We took the chance to regather and resumed the game with composure, forcing Uni onto the defensive by taking control and placing them under consistent pressure as the half wound down.

We restarted keen to answer Uni’s goal with one of our own. It took some patience but we got it done: glory goes to Ryan Malone for leading the charge on our comeback. We were back in the game and just in the nick of time, so keen for a second goal to break the tie!

Unfortunately with 10 minutes left, Uni stole the goal that was meant to be ours. Fatigue had set in – we played hard, but ran out of time.

Now this is interesting. Talking about it never rains but it pours! A couple of weeks ago, fourth grade sent in Sutho’s first ever match report that began with poetry.

This week, the team’s scribes presented us with not one, but TWO match reports. Sad to say it didn’t affect the match result, but here we go – and thanks, guys:

This weekend saw our first game under the Daceyville “lights” for the season. Refreshing to have a run at night but we didn’t drive all that way to relax, we were keen for win number two. Starting strong we took the fight to Uni, pressuring their defence and chasing the 50-50s.

Uni pushed back and managed to put the first points on the board but we weren’t done with the bout yet. We countered with some pressure of our own targeting Uni’s footwork and winning two penalties where they matter most.

The boys did well to work the shorts but frustratingly we couldn’t quite land a hit so the scoreboard was left untouched.

As we pushed on through the second half we focused on our midfield play but some quick turnovers kept our backs under the pump, and eventually resulted in Uni’s second and the game’s last goal. We didn’t quite get there on the night but we definitely didn’t go down without a fight.
Report 2:

Fourth grade this weekend was very interesting to say at the least. It was a very hard-fought game against UNSW but unfortunately we went down 2-0.

The boys played well together and played out a fantastic game against the very strong Wales team considering we had a number of players missing and had to draft a few new faces.

Wales were gifted two easy goals as a result of poor marking from the defence who were under pressure most of the game. Sutho’s attack wasn’t particularly special either with the midfield having a hard time finding the strikers with them not leading as much as needed.

Overall, Sutho were in the game for most of it, but were just outplayed by the clearly better team on the night. Unlucky boys, you’ll get them next time!!

This week we were back at home on a great, sunny Sunday afternoon.

The team brought their best effort of the season so far against a Glebe team with a mix of experienced old heads and younger players with good motors.

Again a lot of changes for this week ,but as usual we managed to cope.

We came up against GNS, who we know don’t like to drive their Ferraris over the Bridge, so maybe they weren’t at full strength. They started strong and we started slowly but managed to have a 2-0 lead at half time.

In the second half our passing and possession of the ball put all too much pressure on them and we ran in another five goals.

Phil Rowling had a field day, ending with 5 goals. Tim C collected one, while in his first ever game of senior men’s hockey, young Huon Bollard scored a goal.

I remember 27 years ago playing with a young Brad Bollard in his first game of senior hockey – but we are sure he didn’t score a goal.

This was always going to be a hard game against the physical Ryde team, but throughout the whole game we kept our heads and our positions and played very well.

The first half was end-to-end hockey with a number of shots for both teams but only Ryde scored, making it a 2-0 halftime lead for them.

Again we used the reserves from the bench thoughtfully and Caleb played very well in a new role in the middle and Dave Lucas had a good game in goal with some good sprints to the top of the D to clear the ball.

The second half was close again, extremely hard and exhausting for everybody and we popped in an own goal to make it three.

Still even with the loss it was a good game and I was very pleased with the effort put in by everybody and we are looking forward to our first away game next week.

3 points went to Adam Howard again, 2 to Mark Bayley and 1 to our newest player, Scott Calder, who helped out in defence as we were short.

Thanks to the Bayley family for the pictures of the big clash.

Sutho women’s first grade team won their third match of the season with a strong 8-0 scoreline.

We played ‘our game’ from the first minute of the game against Bosco. Everyone did a good job.

In the first half the strikers did very well, thanks to the good communication of Kristen and support from the midfield. That’s why we went into half time with a 6-0 lead.

In the second half we used our defending more so we were creating more space for an attack.

I would like to drop a huge thank you to those who filled in for the team this week: three were at a Lithgow rep carnival and one had prior commitments. Jess White, Olivia Holmes, Kiara and and Kiara LeGras made sure we were still able to take the pitch and gave us 110%.

With so many out and so many filling in, we still finished the game with no subs, the team rallied and worked hard.

Our defence was an absolute wall, working hard together and getting lots of good clears. The first half looked shaky at times but nothing we couldn’t work with.

A great run from Kiara, beating 2 players including the keeper, saw us draw up at 1-1.

The team were absolutely wrecked at half time, we slowed the play down and played possession hockey. We used a lot of what we have been working on at training with backing up our players, passing back and transfers across the field.

We had the majority of possession in the second half and managed to bury one from a short corner courtesy of Olivia with two minutes left.

We managed to hold out for the remainder to bring home a very hard earned first win.

I am incredibly proud of the effort everyone put in. At the end of that game there was not a single person I would not have happily voted for as best and fairest, with everyone playing better than the previous week.

Absolutely amazing signs of things to come. Keep it up ladies!!

Pictures of the Wildcats’ tough match on April 22.