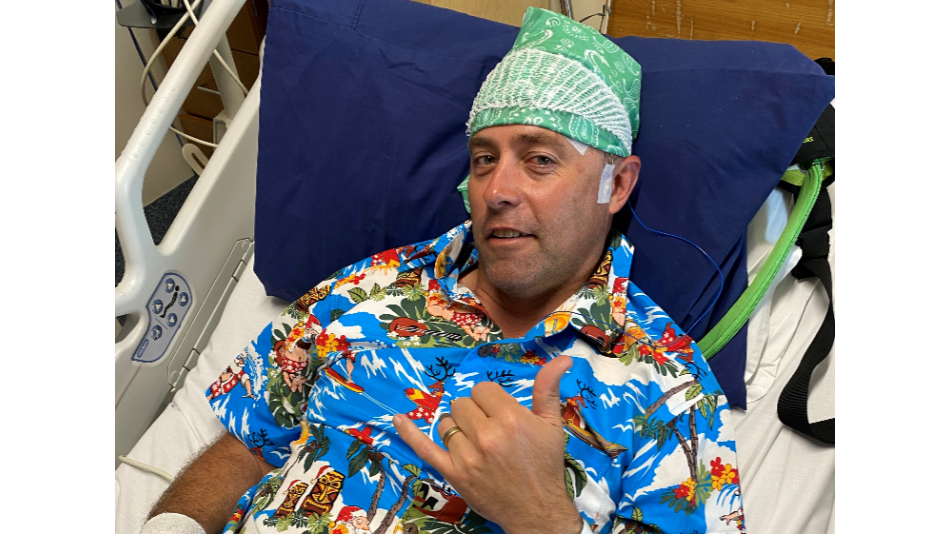 A fundraising campaign has been launched to help former Sutho player Scott Olsson, who is recovering from a serious illness, and his young family. Our own Sutho family is asked to assist if they can.

Scoot has been hospitalised for months with serious brain surgery complications. He spent weeks in a critical condition in an induced coma at Royal Prince Alfred Hospital and is now beginning a long recovery.

Scoot, who came to Sutho from the Illawarra, was a premiership-winning first grader with us. He also represented New South Wales.

Another former Sutho first-grader, Matt Hotchkiss, launched the fundraiser yesterday. Today he said the immediate generous response, with contributions from as far away as Europe, was a happy surprise. He said this reflected the great respect both the hockey and his own communities have for Scoot. He was a leading light in getting a multi-sport synthetic pitch built at Molong – this Central Western Daily picture (right) shows him test driving it.

Please help the Olsson family if you can. You always stay part of the Sutho family and Sutho supports its own. Read Scoot’s story and how to donate at https://www.mycause.com.au/page/243052/scotts-rehabilitation-journey?fbclid=IwAR2oCAfKkU5izgwrDCiVCnjdFkPO9nw44BremHTpxB-C82ZlxXEmh7rjwcg