Thank you to the Sutho junior teams who sent in their match reports. Despite keeping an eye out for senior teams’ carrier pigeons heading this way, only the report from first grade men has flown in.

There are some good picture galleries from last Saturday’s second and third grade home games ready to be published once the winged couriers arrive with them. Thanks to the Under 11B Bearded Dragons’ official photographer Rory Staples for his pix from their game. And thank you to CT for his pictorial efforts from the sideline.

As expected this was always going to be a fast, furious and skilful game.  It certainly didn’t disappoint other than the score might have been better if it was the other way around.

Moorebank scored first with Sutho drawing equal even soon thereafter via some great lead up work for Bennie giving a beautiful pass to Harry who posted up and touched it in.

The game seesawed back and forth with Moorebank scoring again and it remained so even. Sutho was awarded a penalty stroke which unfortunately missed which could have led to a different result or at least a draw.  So the difference between the two teams is negligible – it’s just the way the game goes on the day.  It certainly showed that we were with them all the way and that we can beat them.

So hopefully we will meet them again in the final series and come out with a better result when it really counts.

Next week we have another hard one against North West Strikers at Lidcombe 6.30 pm and we will need to be at our best to beat them as they are again a Top Four contender. 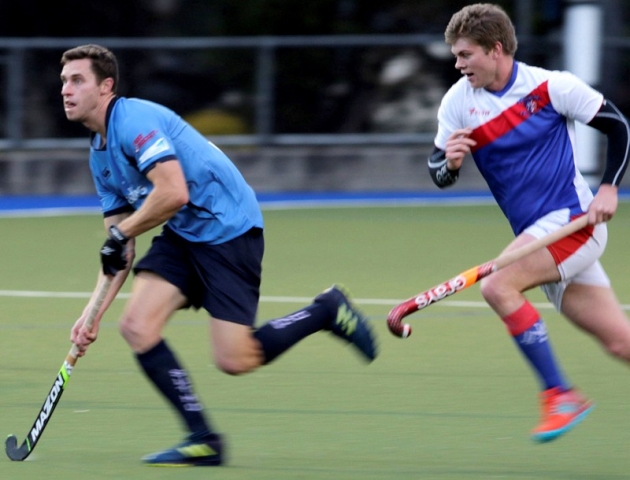 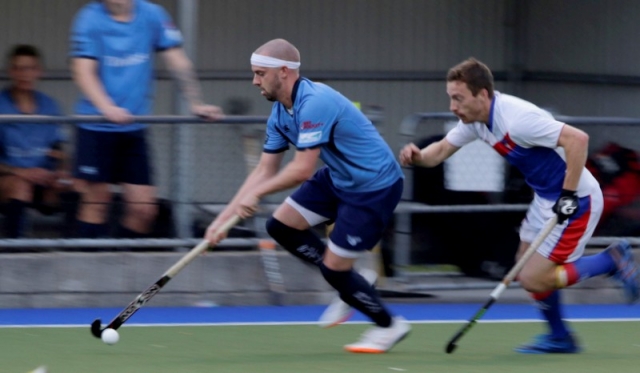 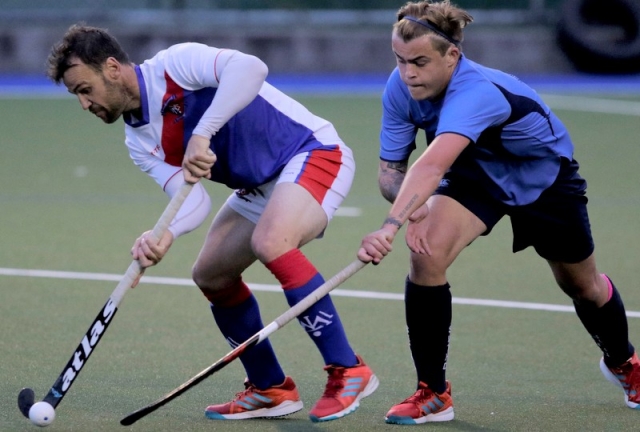 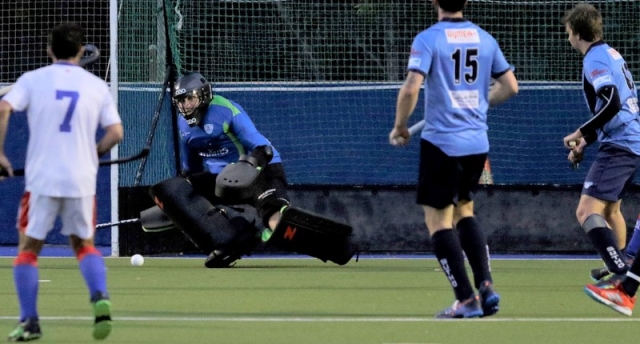 Today was a tough game, unfortunately we had a 5-2 loss against St George.

In saying that our little Blue Tongues played a great game, with Alyssa playing our goalie this week doing a fantastic job.

So our best and fairest for this week is Rowan 3, Jack 2s and Sam 1. Congratulations guys and well done Blue Tongues.

This week saw the Bearded Dragon’s venture over to Daceyville to meet up with the Bankstown U11B team.

With Harrison this week in goals, the team run out on to the pitch to meet a well-organised and motivated Bankstown team which came out with a strong attacking side to keep Harrison on his toes.

During the first half it was neck and neck with Nic and Jack using some tricky foot work to get past the Bankstown keeper.

Back out after the break was time for the girls to show their skill with Mandy just missing out on a hat-trick and Ellie scoring after great pass from Nic just before the hooter went off. 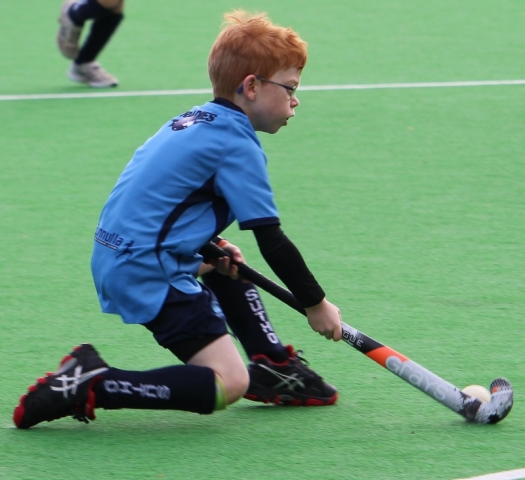 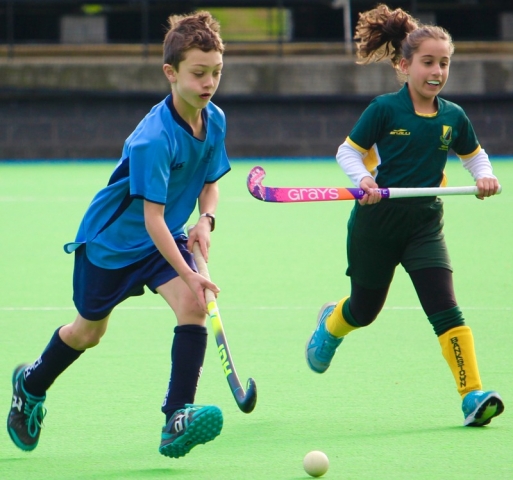 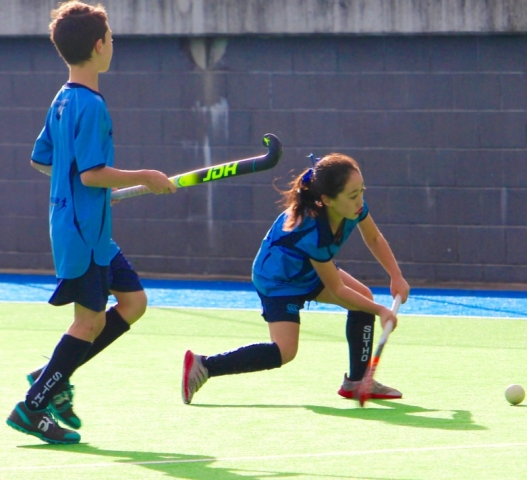 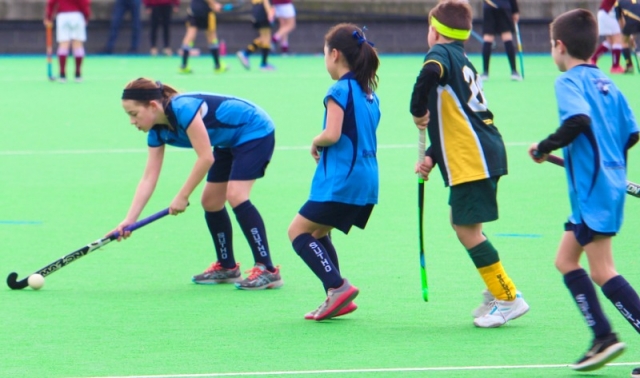 The Geckos had another decisive victory today wining 11 to 0.

With seven goal scorers across the whole team (even our goalie Isaiah scored a goal) we had a very enjoyable game.

Our players passed well, shot for goals well and talked to each other out on the field.

A special thanks to our coach Brad who made it to the game even though he landed that morning in Sydney after a 10 hour flight returning from China (dedication!!!)

Round 9: Coach Hoy’s TDs were all rugged up headed out to a cold, breezy Kyeemagh to battle the St George team. After a strong training session on Thursday with Abby and Lucy joining us, team spirits were high.

The TDs started the game strongly with an early goal to Liam built on brilliant passing from outside the D. Liam was quick to be in the right position to capitalise. You can’t keep a good team down though,, with St George hitting back with two confident goals either side of half time.

The game went back and forth, our TD’ didn’t give up through with several opportunities left begging as we just couldn’t finish off that last touch to the back of the goals.

Even though this loss was disappointing, we know our TDs have a huge amount of potential and will be determined in continuing to improve their game.

Heads up TDs;, shake it off and let’s go.

This was a game played in cold and windy conditions at Daceyville between two teams fighting for critical points.

It wasn’t long into the game before Sutho started dominate both territory and possession. It meant we didn’t have to wait very long before the first goal was scored by Skye who tapped in on the near post.

Shortly after we had a second from Tully who ran half the field dribbling past multiple defenders before putting his shot past the goalie..

It was a different Uni team in the second half as they fought their way back into the game, scoring 2 goals.

But after great lead up work from the Blue Tongues, Kai had Sutho’s 3rd goal, which left the score at 3-2 with 10 minutes to play.

This left for a heart stopping final few minutes with Uni pushing hard for a draw; thankfully Mylo and our defenders were up for the challenge and kept Uni’s dangerous strikers at bay with Sutho holding on for the win.

It was the late game on Friday night in a distant wintry land far far away (Lidcombe) where the mighty U17 Geckos took on a Sydney Uni team that had been struggling with results, but not without heart.

And so it was, the Geckos having a convincing win in the below freezing conditions and the Sydney Uni team battling on bravely throughout (with four borrowed 15B players).

The Geckos hadn’t played for a month and the rustiness was evident, particularly in the first quarter.

However, in contrast was Dominic ‘the dynamo’, who was given a roaming commission for the game and was involved in everything from the get-go – pressuring USYD to turn the ball over, tackling in defence and off-loading to start the Geckos’ charges up the field.

Just before half-time USYD earned a short corner and it was a tremendous save by Ryan in goals and that was followed by a good clearance by Sean.

At half-time It was 3-0 to the Geckos with Adrian having notched-up a triple, with some goal assists from Macca and Alec.

The second half was similar to the first, with the Geckos not playing the standard of hockey they can, but still managing to score 4 more goals. They were to Zac C, Raina and two to Macca. Goal assists to Macca, Alec, Darcy and Adrian. The  result was a full-time score of 7-0 to the Geckos.