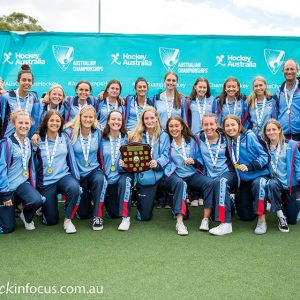 Sutherland Hockey Club has a long and proud history of developing strong junior talent and this year its been a great start to the year with nine of our junior players rewarded from their hard work and dedication over the past year with selection to represent NSW at their respective U18 and U15 Australian Championships.

In the U18 NSW Girls State teams we had Naomi Duncan, Helena Tobbe and Rebecca Janes and in U18 NSW Mens Blues team we had Harry Roberts. Naomi, Harry, Helena and Rebecca were all part of the club’s U17 Metro team which took out the Sydney premiership last year.

We wish the players and their respective NSW teams good luck for April and we look forward to hearing how the tournament goes.